Getting enough sleep is a consistent challenge, especially in the modern age where the line between life and work is consistently blurred. Sleep is essential for our health, and getting enough sleep leads to increased productivity, less sick days, and an overall better mood. A big part of this is proper sleep hygiene. In the following paragraphs I will explore what happens during sleep, proper sleep hygiene, and the current evidence regarding naps.

What Happens During Sleep? 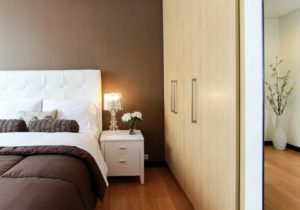 The sleep cycle has two major components, the rapid eye movement (REM) phase and the non rapid eye movement (NREM) phase. We transition from the awake state into NREM sleep. As we fall deeper into the NREM phase and eventually transition to REM sleep.  The REM phase is where vivid dreaming occurs, although dreaming can also occur in the NREM phase. The REM phase is believed to play a crucial role in memory due to increased hippocampus activity, but no research has yet to show a definitive purpose of REM.

The NREM phase’s role is somewhat more established. NREM sleep appears to play an integral role in protecting against the loss of neurons that is typically seen with aging. Lack of sleep has been shown to promote neurodegeneration. Physiologically this is thought to be due to increased oxidative stress, which is an imbalance of free radicals and the antioxidants that reduce them. Another effect of sleep deprivation is reduced glucose tolerance, which has even been seen in healthy young individuals.

What is a Circadian Rhythm?

Circadian rhythms are believed to regulate sleep-wake cycles in all species from plants to mammals. They tend to coordinate with the outdoor light-dark cycle. Most cells include genes that generate impulses throughout the day to promote sleep. Upon waking, the stimulus to sleep is the lowest, however this promotion of sleep gradually increases throughout the day.

In humans, the circadian rhythm is controlled by the suprachiasmatic nucleus, which is a region of the hypothalamus. The hypothalamus function plays a key role in multiple bodily function via its control of the pituitary gland, which produces key endocrine hormones (e.g. thyroid stimulating hormone).

What is Sleep Hygiene?

This seems straight-forward, but getting more sleep is more involved than merely getting to bed earlier or waking up later.  Sleep hygiene is a term that has gained traction in the past few decades, and its importance cannot be understated. One of the best things we can do to get better sleep is to keep our sleeping patterns consistent. This is no easy task.

I know that I often stay up too late and sleep too late on the weekends, which then makes the beginning of the week a challenge. There have been studies done showing that employees that have more control over their work day tend to have better moods and be more productive. It would be interesting to see how much, if any, of that improvement is due to the ability to follow their natural sleep-wake cycle.

In addition to sleep hygiene, there are other factors that influence our sleep.  Long work hours and increased stress are common culprits of decreased sleep. Even if these individuals spend 8-9 hours in bed, their sleep quality tends to be poor compared to those working regular hours and/or reporting less stress. Regular exercise patterns also tend to correlate with better sleep. 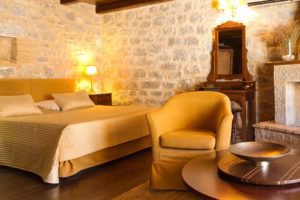 Napping is a controversial subject that everyone has an opinion on. Some people say 5 minutes, some say 45 minutes, and others say no napping. One of the biggest concerns with napping is “sleep inertia” which is the groggy feeling that is often present after napping. Multiple studies have been done on napping, and while the results vary, trends are present.

15-20 minute naps seem to be the sweet spot where there is minimal sleep inertia and measurable benefits. Longer naps tend to have a level of sleep inertia that outweighs and benefits, while shorter naps avoid sleep inertia but do not show significant benefits. So, for a short nap, 15-20 minutes is ideal. For a longer nap, it is recommended to have at least 90 minutes to complete an entire sleep cycle.

What are your shortcomings and successes with sleep? Keep the discussion going in the comments below, on social media, and any other forum you prefer. I would love to hear your strategies and philosophies regarding better sleep. Have a great weekend and be well!

This content originally appeared on Dr. Beyer’s personal site: Force of Well. Force of Well is a website dedicated to empowering individuals and promoting wellness through blogging, podcasting, videos, and social media. Check them out at https://forceofwell.com and on iTunes: (podcast link).