Osteosarcoma is a cancer that develops in the bones of children and adolescents. It is one of the most aggressive cancers, with only a 15 per cent, five-year survival rate when diagnosed in an advanced metastatic stage. There are approximately 800 new cases diagnosed each year in the US, and no viable treatments.

The proof of concept was pioneered by Prof. Ronit Satchi-Fainaro, Chair of the Department of Physiology and Pharmacology at TAU's Sackler Faculty of Medicine and Head of TAU's Cancer Angiogenesis and Nanomedicine Laboratory. The study is the fruit of a five-year collaboration between Prof. Satchi-Fainaro's team, led by TAU PhD student Galia Tiram, and the laboratories of Rainer Haag and Marcelo Calderón of Berlin's Frei University. It was recently published in the journal ACS Nano.

Finding the switch for cancer cells

"We want to keep the cancer 'switch' turned off," said Prof. Satchi-Fainaro. "Once osteosarcoma metastasizes away from the primary tumor site, there is no effective treatment, just different ways of prolonging life.

"A 1993 article in the New England Journal of Medicine by William C. Black and H. Gilbert Welch about dormant tumor lesions discovered in the autopsies of people who were considered healthy until their accident-related deaths provided the basis for our research. We decided to investigate osteosarcoma recurrence, with an eye toward the potentially therapeutic value of dormancy."

Osteosarcoma tumors may return with a vengeance, even if they're caught early and excised from a primary site. In the case of "minimal residual disease," cancerous cells left after surgery in a localized spot suddenly "turn on," and the disease reappears. In the other case of "dormant micrometastatic lesions," mini-tumors undetected by current imaging technologies suddenly reemerge as large macro-metastases, primarily in the lungs.

"We wanted to understand what causes the cancer cells to 'switch on' in these cases," said Prof. Satchi-Fainaro. "As long as cancer cells remain asymptomatic and dormant, cancer is a manageable disease. Many people live with thyroid lesions without their knowledge, for example. Ours is a very optimistic approach, and we believe it could apply to other cancers as well."

A circuit-breaker for cancer cells?

Prof. Satchi-Fainaro and her team of researchers used mice to create model pairs of osteosarcoma tumor tissues (part "silent" cancer, part "progressive" cancer) and observed their different characteristics. "We wanted to examine what was different, because we knew that if we could understand their genesis, then we could understand what kept the tumor tissue dormant," said Prof. Satchi-Fainaro. "If we could inhibit the growth of cancer, we could target it and keep it dormant."

The researchers sequenced microRNAs in the tissue and found three microRNAs that were expressed in low levels in the aggressive tumor tissue and in high levels in the dormant tumor tissue. They then inserted the microRNA into the tumor tissues in a petri dish and observed a reduced malignant potential, demonstrated by decreased ability of the cancer cells to communicate with the normal cells present in the microenvironment.

"We saw that the osteosarcoma cells treated with the selected microRNAs were unable to recruit blood vessels to feed their growth," said Prof. Satchi-Fainaro. "In order to keep these microRNAs stable in the blood, we needed to encapsulate them in a nanoparticle that circulates in healthy blood vessels, but that disembark and deliver the drug therapy at the leaky blood vessels that exist at tumor sites. We designed a nanomedicine that would have a special activation method at the tumor site in the target cell.

"The mice treated with the nanomedicine lived for six months, which is the equivalent of 25-odd human years," she reported. "This makes us very optimistic. If we cannot teach tumor cells to be normal, we can teach them to be dormant."

According to Prof. Satchi-Fainaro, there is major potential for this therapeutic approach. She and her team are currently exploring other tumor types and also plan to move the current research into clinical trials. "This has huge potential, because the insertion of microRNA affects many, many genes -- making it that much more difficult for cancer to avoid them and compensate for their loss with an alternative pathway," she concludes. "I hope our findings will apply to other tumor types as a universal approach to treating cancer."

The above post is reprinted from materials provided by American Friends of Tel Aviv University. Note: Materials may be edited for content and length. 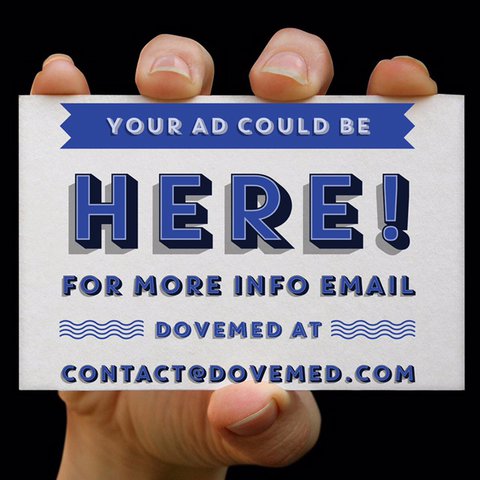